There is an aphorism, the exception that proves the rule. As I first read this truly silly essay, I thought, "Really? Over a forty some year career, this is all you can come up with? You have just made clear that the guy is a fucking saint."

Then I clicked through to the 'evidence' in his links. One was when, in February before we had any cases her, he said the risk of catching it "now"was low. Another, posed as Fauci saying that lower death rates do not matter was actually him saying that saying that the lower morality rate was "false comfort" considering its infectiousness and other such badness.

The rest are equally dishonest. This Peter Navarro guy clearly belongs in the Trump administration.

And this essay is 1) proof that even mortal enemies couldn't find evidence that Fauci is anything short of awesome and 2) the Trump administration and its blatant dishonesty represent a clear and present danger to our country and to our individual lives. 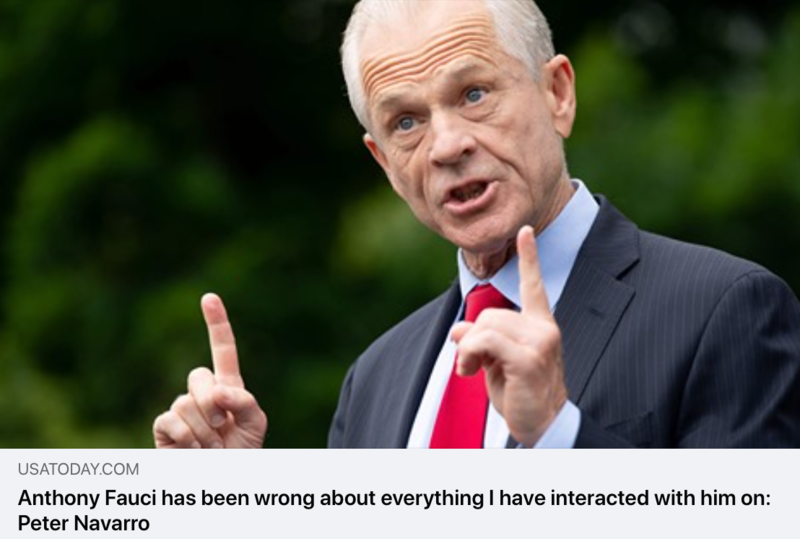