So, the fine people at http://PlagueData.com have made controls that let you filter the states in myriad ways. For awhile you've been able to identify the states trending bad or good. Now you can select states based on their politics. 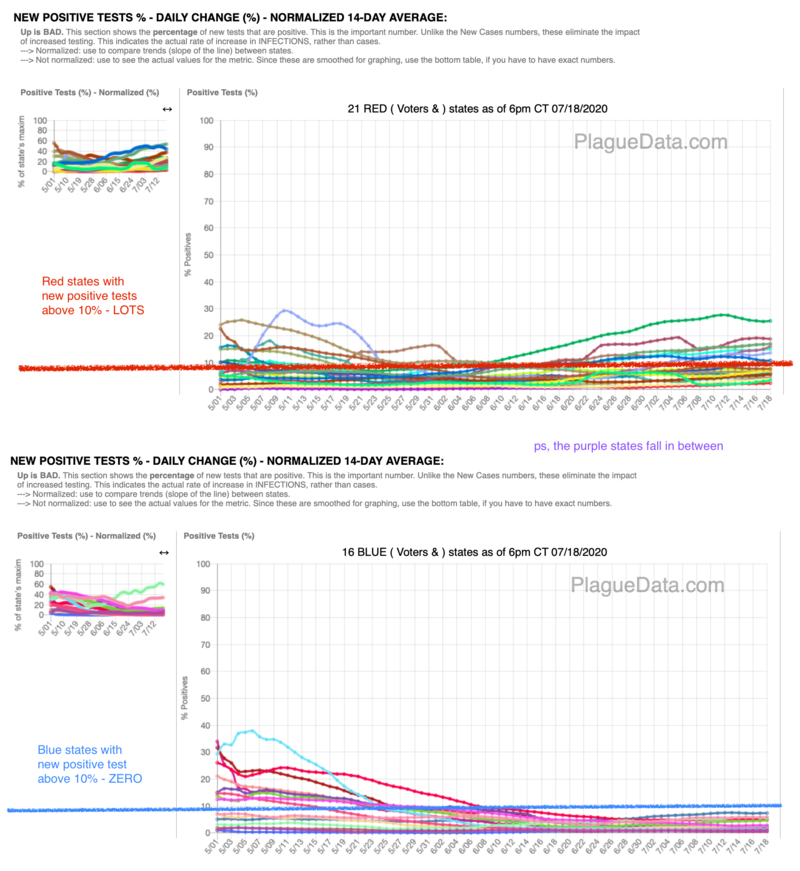 This image shows graphs from states that voted for Trump, have a Republican governor and Republican or Democratic majorities in both houses of their legislature. There are 21 of red. It also has a graph with the 16 Democratic states.
As you can see looking at the data (this one is *not* trend; it is the current actual positive test percent), the red states are screwed. Not only is their trend across the graph *not* in the right direction, a whole bunch of them are over 10% infected. For the blue states, *none* of them are currently over 10%.
While the testing certainly oversamples sick people, it is a very strong indication of what to expect, ie, Red states are screwed.
The good news? A strong die-off in those states will reduce their influence in the future. The bad news? The virus doesn't respect borders so it means decent people will die, too.